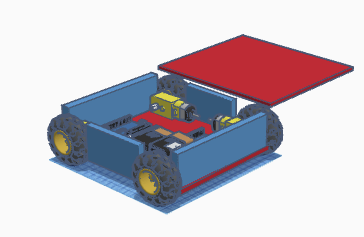 On the first week of the internship, I brought an RC car I had assembled years ago to create a proof of concept for the desired effect we sought to achieve. With this model we encountered several issues, including leakage of our container, issues in the tracking software capturing the object, and creating an effective setup purely of duct tape and cardboard. But after several hours of tape manipulation and cardboard cutouts we were able to capture one semi-effective video. This setup was relatively ineffective and was the first, last, and only time a car would actually be physically used in our internship. We graduated from using an RC car to a circular motion platform. This low friction platform was more effective at displaying the desired result than the RC car, or any car for that matter, as it required less space and was a more controlled environment. With this, the initial electronics were created by the entire team and attached to one end of the platform, with an airtight sealed container on the other extreme of the platform. We never moved on from this setup as it gave us our desired results and we ran into some issues with the setup of the 3d printer at Gavilan College. 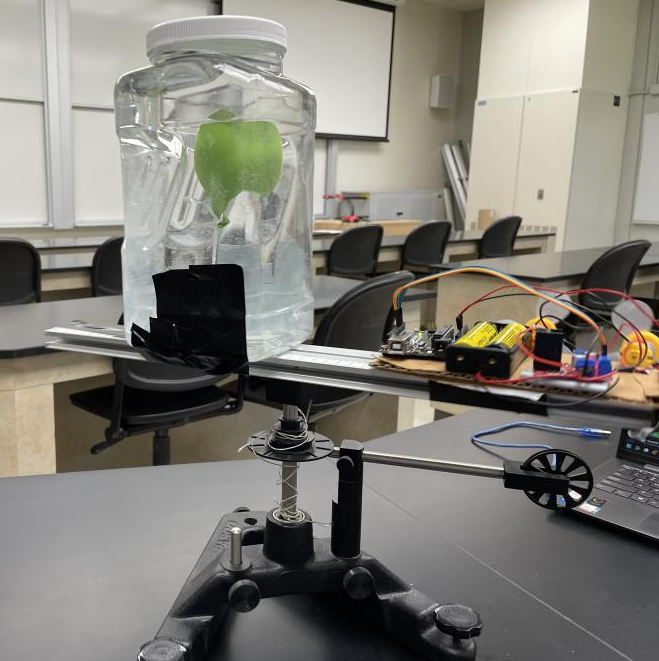 I had several designs, some incomplete and some completed throughout the internship